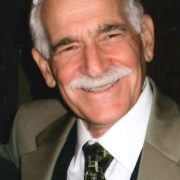 Our Cantor Israel Rosen has been musically enhancing services at Temple Solel, with his voice and guitar, since 1984. Born and raised in Israel, he comes from a long line of cantors and was educated classically in his own father’s temple choir. He furthered his cantorial education at Sela Cantorial Institute of Tel Aviv and at Yeshiva University Cantorial Institute in New York. After leaving his studies, he became a cantor at Bayside Hills Jewish Center in Queens, N.Y. and at Temple Beth Shalom in Smithtown, N.Y. from 1972 – 1984. In addition to preparing students for bar and bat mitzvah, Cantor Rosen directs the adult and children’s choirs, and has produced our Temple Solel album “Sabbath and Holiday Songs” featuring both choirs. Our cantor teaches Israeli folk music to the children as a music teacher in our Sunday religious school and Israeli dancing in our adult education program. Cantor Rosen performs in cantorial programs and directs and performs in musical performances at Temple Solel.